I have Anorexia. And it does NOT have me.

IT WAS SIX YEARS. by @gabu1ously (iG)

Six years of inpatients and outpatients, the first admission and the slippery sliding of a wheelchair down the narrow corridors of hell. Six years of mayhem, of watered down soup bowls replaced with piled plates, trembling cutlery and spoonfuls of trepidation, tears blending with fatty tides of milk, spicy havoc, oil greasing my mind and the slippy ground I paced upon, torrential tantrums and white washed walls painted with bloody tomato sauce. The meticulous meal plans and mantra of eat, rest, repeat, the manipulative mayhem, crumb stuffed bras, defiance and devious deceit in the chocolate squares up sneaking sleeves. 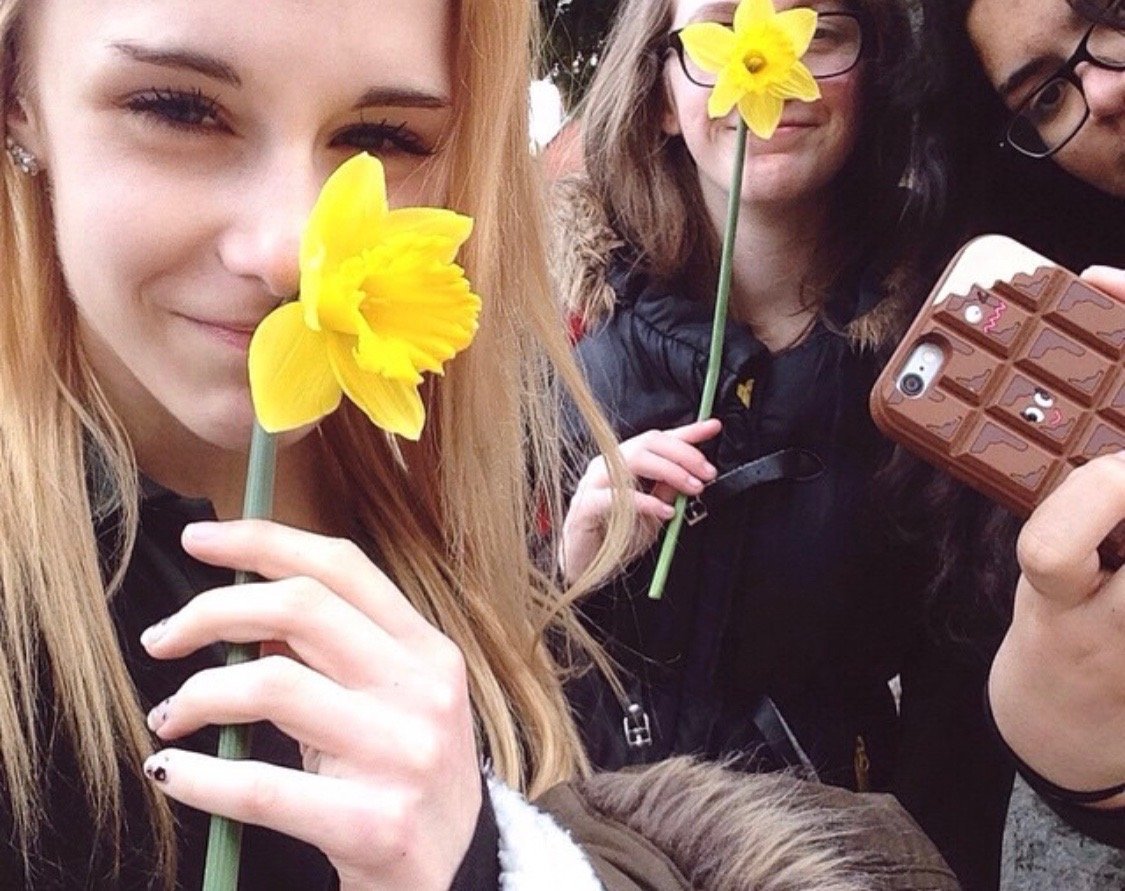 Six years dominated by petty numbers, scrutinising tea bag boxes and the back of toothpaste tubes, four times on the scales and four times off, constantly calculating calorie after calorie after calamatious calorie, living by different equations and the same old ridiculed routine, just checking, double checking, figuring figures, rationing macronutrients, quantifying each mouthful and ripping the crust from a slice of bread that was nought point three grams overweight in my angst of becoming that too. The sin of sitting, one hundred star jumps and fifty seven more just to be sure, running through the streets like a maniac into the dead of the autumn nights, falling through fall, snowdrifts of confusion throughout winter and alopecia like dead leaves dropping in spring.

Constantly working out, working out the footsteps traipsed and quantifying every movement, dizzying sit ups, ticking timers and endless exercise regimes… The looking glasses and distorted perceptions, a dependency on an airy nothingness, standing at each and every possible angle to get a glimpse of a hollow void of daylight between my thighs. All this time with the same sounds- a keyboard ribcage with no tune, creaking floorboards at 6am, crunching of dry crackers and the clicking of brittle bones, the beep beep beep of hospital wards and the groan of the blood pressure cuff, the drumming beat in between the breathlessness, jingling pockets coined full of fake weight and the tap tap tapping of the walking calculator I had become.

It was six years caught between who I was and who I wanted to be, dismantling my body and erasing it into a blank canvas of sickly paper skin, tinged with the yellow of liver failure, splattered with purple bruises, etchings of red, stained blue on the toes, tips and lips, smudged shades of grey balancing lifeless eyes. With a two word diagnosis came hunger, craving and shrinking, goosebumps like scattered stepping stones on the pathway to hypothermia. Less than ten syllables worth of time wasted on  shivering muscles and aching bottoms, chipped tea cups, ink stained ramblings, fragmented wings and fluttering heartbeats. “No thank you” to haribos rolling off my tongue as swiftly as half the christmas dinner slipped from my plate that first year… bony cages, ribbed lies and fainting on the bathroom floor, walking on clouds, MyFitnessPal and loss of true friends. 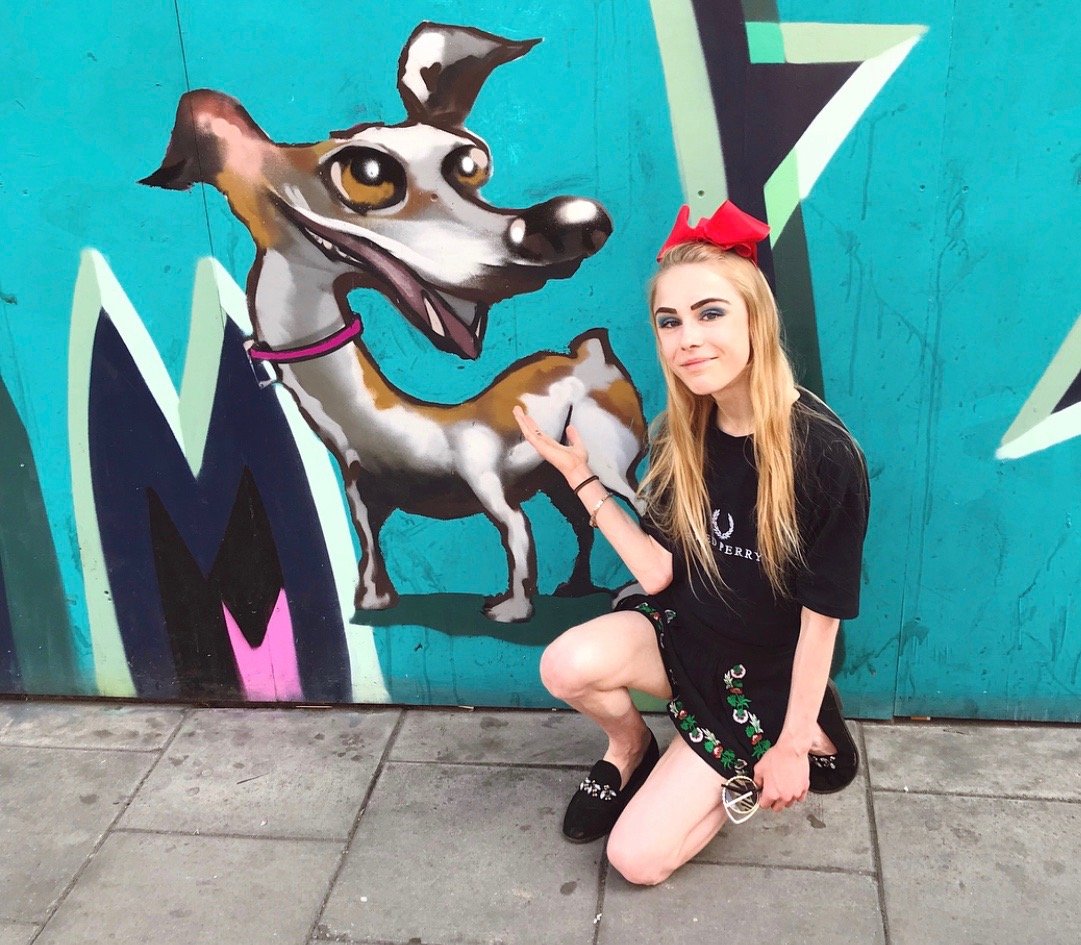 And water water water, empty bottles, filled excuses, eating the egg then treading on egg shells, chew, swallow, quiver, the taste of shame, frozen and ghostly mid summer, never satisfied, “Just a kilogram more to lose”, numbness in escaping a realm of emotions, little ants of energy swimming in the guilt gushing through my bloodstream, scuttling skeletons and skin and bone to health and then back to skin and bone again,  then tip toeing somewhere in between and just dancing on the edge of what could be, taking tiny bites of life and then ruining the taste for myself, letting old habits and persistent notions in through the wounded cracks and allowing them to spill over the surface of some beautiful memories.

Six years of rampaging on a rock bottom- the foundation slathered with the conundrums and  fears of the ‘recovery’ that I rambled through in my relentlessness to remain in the malady I believed to be a melody. Cautiously clambering up and settling for the borderline in between. Months spent merely traipsing the alleyways of an unshifting mindset before beginning to dig my own grave again and again and again… Wandering a walkway of wretched routine every single day, beginning each morning with tip toes to the mirror to glare at this control freak that was so tangled in the strings of delusion and messy chaos, a girl whose fire died a little more every time she blew out the candles and refused a slice of cake, a stranger with a scatterbrain who I had lived with for far too long. Someone inside of me coercing me into carrying the mountains I was supposed to be climbing.

And then after my fourth and final admission to a psychiatric setting, moulded by a mental health act materialising nine months force fed by the threat of a nasal gastric tube or the plattered plate put before me… then another six secluded from reality in the realms of residential therapy filled with faithful leaps and finding myself… I realised I was sick of being sick. Well and truly. I had asked and begged for this brain of mine that was burning my body to the ground time and time again to be helped but I realised the only one who could help me was me. 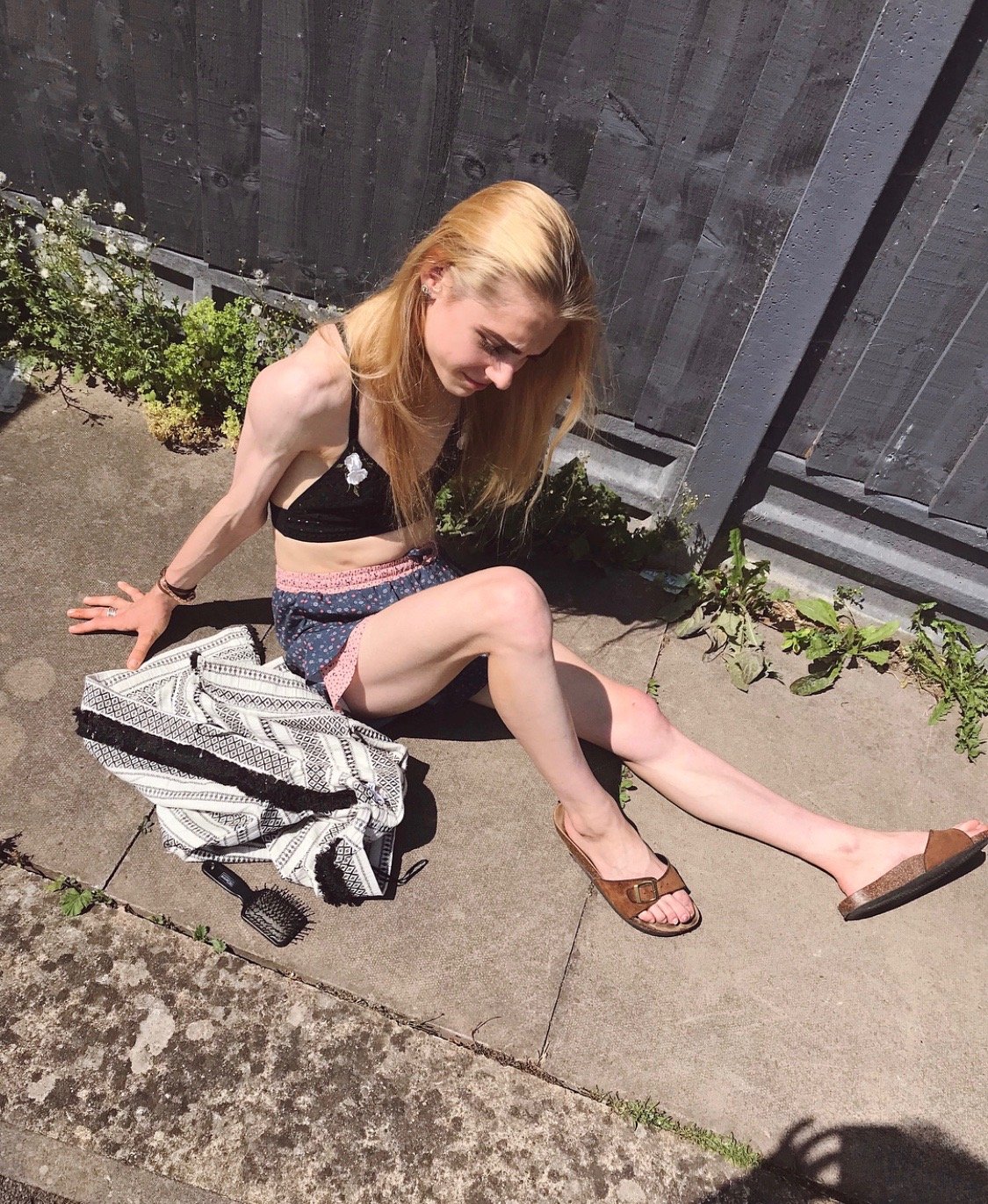 Walking back into the world was petrifying. But I’ve now built a life for myself that I am continuing to burgeoun and bloom with. I’ve put in so many of the building blocks I was always bereft of and I’ve added so many more beautiful bricks to that. I’ve built up my body and brains strength and I refuse to burn the body I live in down to its bare bones again. Sweet simplicities such as walking through the pretty nightlights of Christmas festivals and running barefoot down steep hills of knee length grass, all the way to venturing into a city on my own to meet a friend who hadn’t seen me since my worst, and moshing at a music festival for the first ever time. I’m pursuing my passions. I’m writing and reading and acting and dancing and learning and growing and metamorphosing more and more with every magical moment that makes me laugh and smile. I’m living independently and after having every meal that met my mouth wheeled to me on a hospital trolley and every forkful of food forced into me through the threat of a tube I am now cooking, cleaning, budgeting, venturing to new places and living some of the ‘norm’ aspects that I believed were so out of the ordinary from me due to the institutionalisation ingrained in me. I started school after fifteen months out of education and after achieving my A grade GCSEs in the random whereabouts of whatever locale would let me sit my examinations in their rooms. I have some amazing friends who I can laugh cheek achingly and stomach splittingly with, and my family forgives me for the pain I put them through. They’re learning to trust me after all of anorexia’s chaotic corruption to their world as well as my own. I’ve raised awareness for mental health in magazines and am momentarily making projects to pursue from this. I wear colour and don’t cover myself in baggy black clothing anymore. I sing in the shower rather than body shame, and I can cry without wanting to commit suicide at whatever sadness sweats from my eyes. 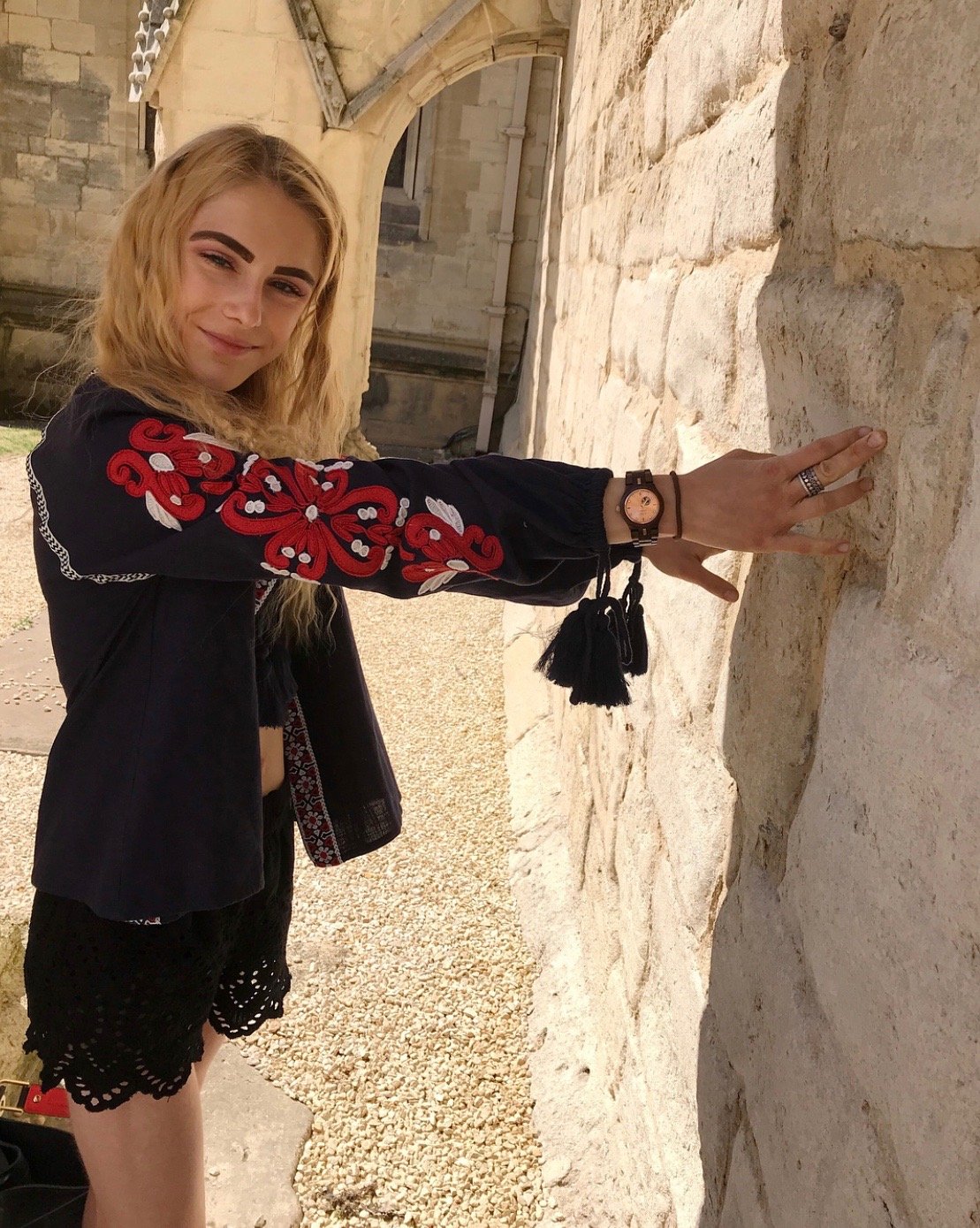 Because do you know what I realised? In paving the pathway to and pursuing my passions, in not letting another second slip through frozen fingertips…. It’s that we live on a blue planet that circles around a ball of fire next to a moon that moves the sea- and if that, along with some of the incredible experiences I’ve now had, isn’t proof of the extraordinary facets the world has to offer then I don’t know what is. What I weigh out now when times get turbulent is how much I’ve got to lose if I lose weight. And it outweighs it by so much more than my body mass.

I once reached that size zero, that number, that body that I strived for so much. And it gave me exactly what it is. Nothing. You can’t kill the part of yourself that you can’t stand without becoming that killer thing, because it’s in you and you’re ultimately erasing yourself.  I’ve realised that if I rubbed all my flaws away there would be nothing left and I feel that is synonymous for every striving perfectionist and every human being hating on who they are. I sacrificed every piece of the puzzle I am for a peace of mind I never achieved. I fed it all my elements and it indulged in them and starved me into nothing. That’s what me at size 0 was… Nothing. And now that I amount to something I’m trying my damndest to make use of it. The time came to stop merely floating by and just existing, to query whether I was living or just breathing, and do one of the rarest things known to us humans as we count on the world to keep dishing out endless moments. It was time to let myself live. It was time to live.

And one final thing. Have you ever heard the phrase “I have anorexia, but it doesn’t have me.”?

I read it a long long time ago and thought I would never be able to even utter that line in my mind let alone from my very own lips. But I can now. This is now where I’m at. I’m healing every single day and I have a future worth the feud with food, t

he backbone I held up against my own brain and the fight with my own figure and framework.

I have anorexia. And it doesnot have me. 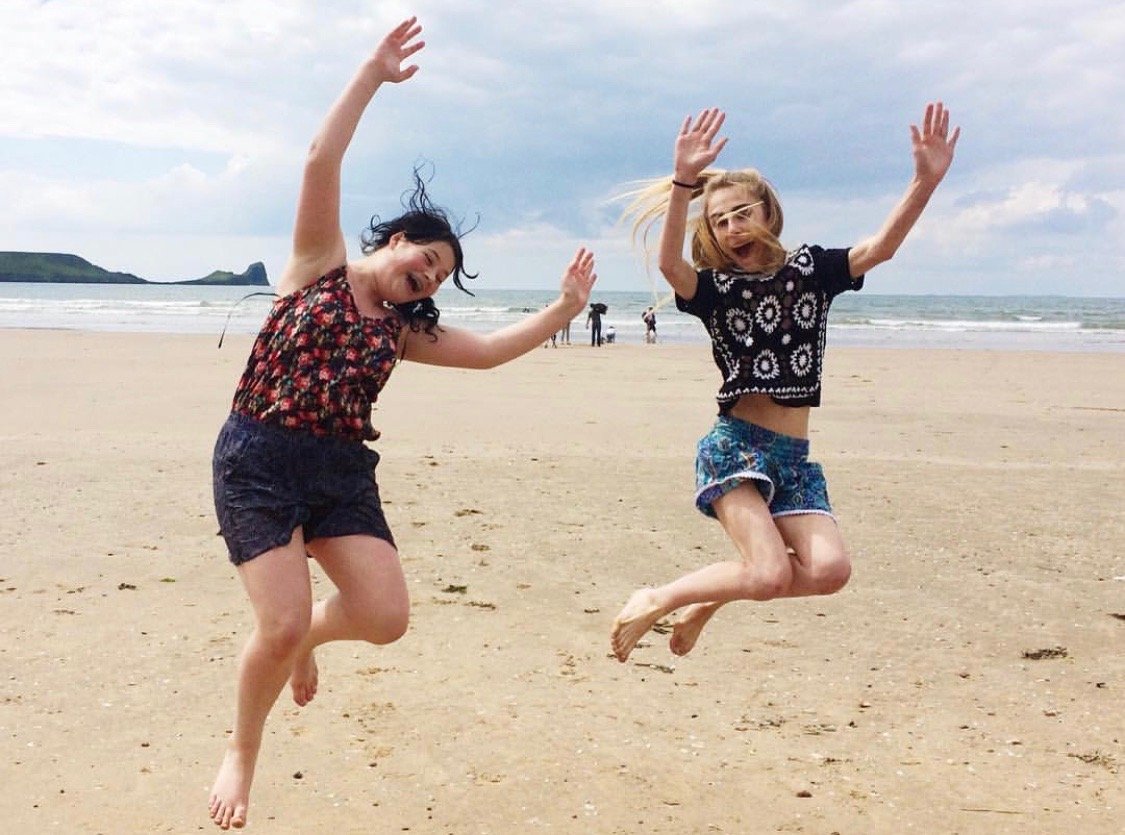 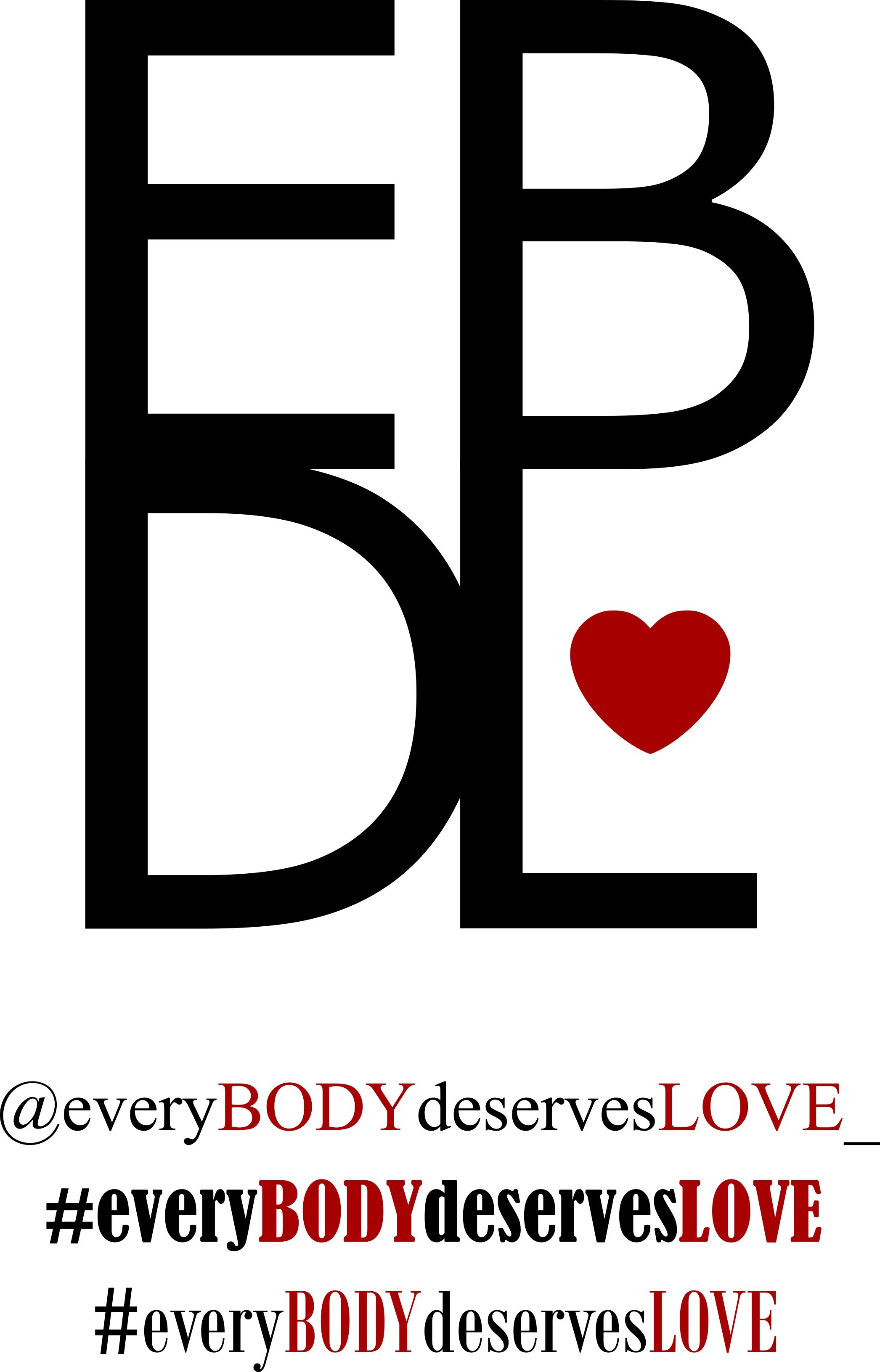